The etymology of the word Fencing derives from the verb to fence, which recalls the act of defense, of taking shelter. The Vocabulary of the Accademia della Crusca defines fencing as “repairing with art the blow that the enemy pulls and always trying to offend him”

Already from this definition it is understood how fencing was not conceived only as a fighting style, but as a real form of art made famous above all by the Italian tradition. The first documents on Italian fencing date back to the 12th century, then fencing spread all over Europe by masters of arms such as Nerio and Lippo Bartolomei, Achille Marozzo and Gioacchino Meyer.

As it is well known to most, fencing is practiced with the sword. The sword was the typical weapon of the nobles and knights in medieval and Renaissance Europe, which was used above all to resolve disputes and defend honor. It was a tool inaccessible to the people, who had another type of defense and offense tool: the knife.

The knife was an object of daily use in society, and, given the lower cost compared to that of the sword, it was accessible to most people, who could use it to settle accounts.

During Middle Ages, in the various regions of Italy, different fighting styles developed ,based on the different kinds of knives, that led to the creation of a real knife fencing, also known as short fencing. This tradition develops among civilians where the skill in using the knife was aimed at self-defense, but also in criminal environments where these methods had a very different objective.

This martial art of Italian origins has not a real written tradition (in fact there are few documents you can draw to in order to learn more about knife fencing) because it was handed down orally.

It is possible to find different styles of knife fencing for practically every Italian region. In the preface to Andrea Buti’s book “The Genoese Knife: History of blades, forbidden weapons and caruggi (the small Genoa alleyways)”, the professor of medieval and modern law history Vito Piergiovanni explains how “the development of a true art of knife handling took place in six regions: Lazio, Campania, Puglia, Calabria, Sicily and Corsica. In the schools (obviously clandestine) where the use of the knife was taught, a precise method was followed which differed from region to region. Often then the students developed new interpretations of technical actions that differed from those of teachers and school heads. It so happened that in the same city or town, in addition to one or two main methods, there could be others contaminated “. This great variety of styles, says Piergiovanni, was due to the fact that “in Italy the centers for the production of knives, especially with movable blades, were numerous and each one of them created their own typologies. The wealth of Italian shapes is not matched in other European countries, both for the knife with offensive characteristics and for that intended as a tool for everyday use “.

The heterogeneity of the various Italian regions has led to the formation, therefore, of various styles of knife fencing. Among the most famous we have the Pugliese Knife (combined with the practice of the Pugliese Stick) of which we do not know the origins due to the lack of written sources but that has its roots in the peasant tradition where farmers had developed a personal defense system that was based on the use of the knife, perfected over time and with the oral passage of techniques.

These traditions went hand in hand with the social fabric and laws enforced in the different territories regarding the possession of weapons. In fact,many knives were banned due to their insidiousness in the event of a fight. The history of the Tagan, also called a Genoese knife or Genoese style knife, is explanatory, for, having been the protagonist of some crimes in the city of Genoa, on 9 September 1699 the Council of X of the Serenissima Republic of Genoa took a specific measure to renew the prohibition of the use of this knife in the port area. These kind of measures, which were enforced in the various Italian regions, meant that the tradition of knife fencing was ghettoized and camouflaged in the popular substratum, to the point that the various techniques were taught and handed down through folk dances such as pizzica and tarantella.

The martial art of knife fencing essentially has its origins in Italy, and the skill of the Italians in handling knives was recognized all over Europe: some documents report how in Switzerland they nicknamed the Italian knife shooters chevaliers de couteau (knights of the knife ).

Knife fencing is today a recognized and practiced martial art, but also in continuous evolution. There are many practitioners of this art and many masters of arms. Among the most important in Italy and abroad we have Danilo Rossi Lajolo, the one who invented the homonymous “Lajolo system”, the only method recognized nationally and internationally by the Naples Fencing Academy and by the AAI Academy of Masters of Arms.

Knife fencing is an all-Italian history which today sees more and more fans of what is in effect a sporting discipline (so much that to carry out competitions technological tools have been introduced, very similar to those used in sports fencing,) which has its roots in the oral tradition as a folk song or dance. 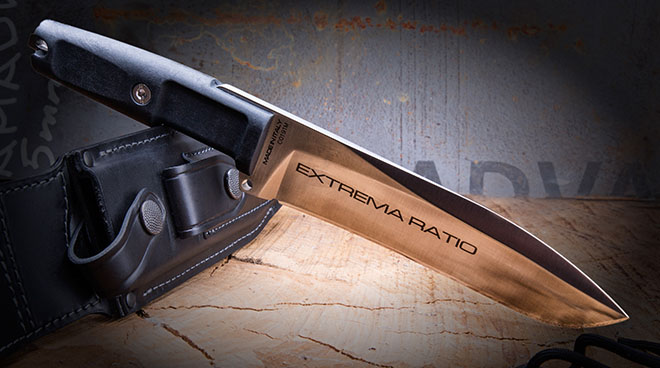 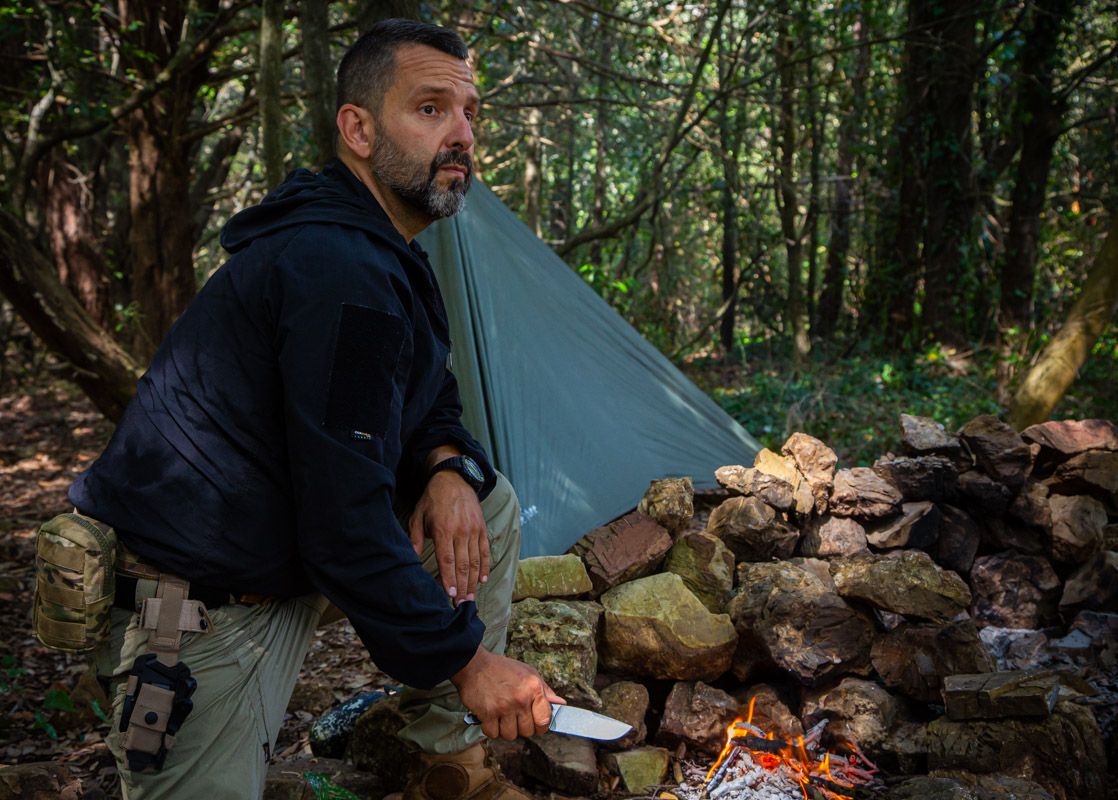 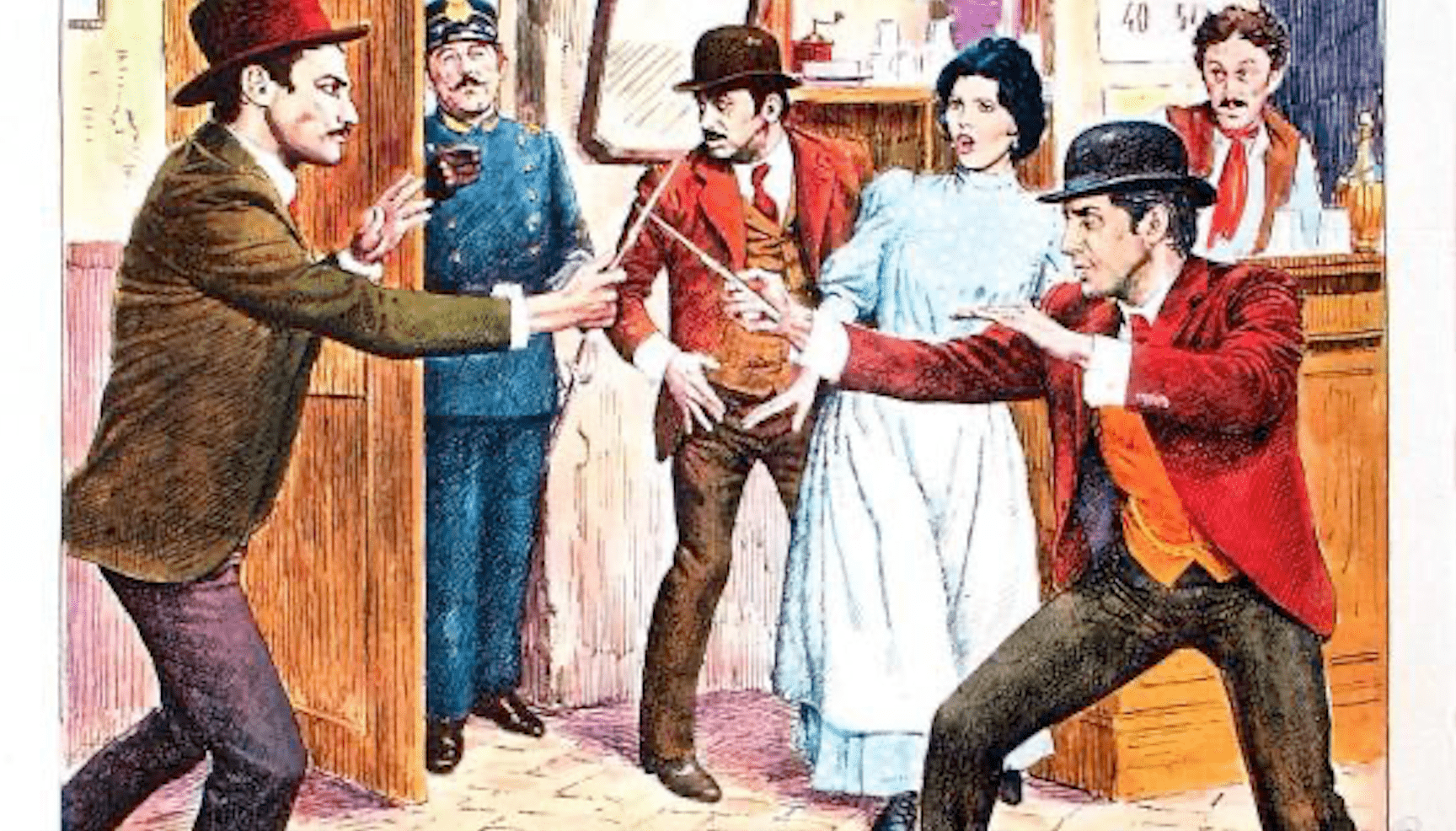 PrevPreviousTHE COMMUNITY OF IDEAS FOR INNOVATIVE BUSINESS IS BORN
NextSURVIVAL AND PREPPING: THE ABILITY TO “PRE-CARE”. AN INTERVIEW WITH DANIELE DAL CANTONext